BlogContact usList Your FleetPartner With Us
Download app
Search for cars

Your best travel companion buddy to get the perfect car for you - fastest to the point. So that you can sit back and enjoy creating memories...

How to rent a car with Keddy?

Keddy by Europcar is a brand of Europcar. Keddy car hire does not have a website. It’s only offered through online aggregator and comparison websites/apps. You can rent a car with Keddy on Carla Car Rental app.

Keddy provides lower rates to travelers around the world. If you rent a car with Keddy, go to Europcar counter to pickup your car. You will be serviced by Europcar staff. There is not a separate Keddy counter. Keddy is known for low rates and good service. Keddy operates in more than 145 countries. Most popular Keddy car hire locations are in Europe, UK and Australia.

You will get the same service from Europcar if you book with Keddy Car Hire. Most of the Keddy cars have limited mileage. Check for the inclusions or terms & conditions before making your reservation. 100–200 free kilometers will be included in the rate. You can purchase extra kilometers if you drive more than the limit. If you are not planning to drive far away, Keddy will be a lower price yet good service option.

“Have used Keddy at Stansted with no problem. Cars from Europcar pool. Only difference is there is limited mileage and a much larger excess. As we only use the car instead of a taxi to return home for short periods and have annual excess insurance neither of these issues are a problem. Fuel policy was full to full — will not entertain anything else. Similar with Interrent which is also part of Europcar, although have just got unstuck at Heathrow as the Interrent desk is not with Europcar and I didn’t read the blurb properly so they had to send a bus out for me! Virtually brand new Fiat 500 for less than 10 pounds a day at Heathrow — don’t think you can grumble at that.”

“We returned from Italy 2 weeks ago and our experience of 3 weeks of Keddy car hire was faultless. Although we’d booked the cheapest car it turned out to be a diesel car, which even surprised the woman on the desk. There was no pressure to buy extra insurance. The car itself was smart and reasonably newish and very comfortable. In our middle week we travelled extensively and there was no issue on mileage. It did state quite clearly on what is and what is not included that for more than 5 days there was no charge on extra mileage. So far no complaint at all. We’d certainly book Keddy again if they had an offer price.” 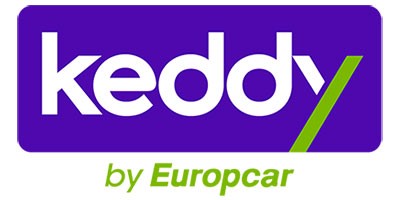 Drive for Amazon Flex, Instacart, DoorDash, Uber Eats and Lyft with Carla!
With renting a car on Carla, you can drive for Uber, Lyft, DoorDash, Flex, Instacart and more!
How to get a refund if you cannot pick up your car at the counter?
We understand that sometimes you could have problems getting your car rental at the counter. As Carla, we are here to make everything about car rental as simple and transparent as possible. That means no jargon and no hidden extras.
Are European Countries Open for Qatar Travellers?
We listed the requirements of entering some European countries from Qatar. Check here before planning your trip.
Are European Countries Open for KSA Travellers?Are European Countries Open for UAE Travellers?Which Countries are Open for Kuwaiti Travellers?Labor DayCar Rental Shortage and How to Avoid ItCreating Journeys That MatterRenting A Car With A Debit Card Is Not A Dream!Better Than Car SharingHow to Rent Out Your Car?Finding a Car Near You Has Never Been This EasyRenting A Car For The First TimeRoad Trip In California Is A Bucket List Journey!Everything You Need To Know About TLC Car RentalsCar Rental Curbside Delivery Provides Contactless Experience For Our CustomersHow to Book a One-Way Car Rental5 July 4th Road Trips to Take During CoronavirusHow to rent a car on the July 4th weekend getaway#blacklivesmatterPartner with Carla car rentalLast Minute Cheap Car RentalCan you rent a car amid the pandemic?Instacart Rental CarCar Rental Near MeAdvantages of Long-Term Car RentalContactless RentExtra fees at the counterUpgrade your reservation for FREE!Rent a car and Pay with Debit CardTrip Cancellation CoverageHow to avoid the lines for Thanksgiving & other tips you should consider before rentingNotable Conferences / Events that will take place in November in the USAHow to save at least €500 on your trip to FlorenceCarla Team @ Collision Toronto This WeekItaly Car Rental TipsTop 10 Cool Things to do in BerlinTravel Tips in ParisCar Rental at Port of MiamiSimilar Concept in Car Rental IndustryHow to Travel for Super Bowl LIIIHow to Avoid Cross-Border Fees in Car Rental"Must-Known" Traffic Rules in the USA7 Tips to Save Money and Time During Christmas TravelTop 5 Destinations for Thanksgiving HolidayCar Rental Insurance Rentalcover is Now Available on CarlaPack Your Bags for a Great Adventure: Top Destinations in USACar Rental in the UKHow to Rent a Car with a Debit CardLow Cost Car Rental - Keddy by EuropcarCar Hire with Cross BorderUseful Tips for a Better Car Rental Experience for Your Summer Holiday!Drive Your Dream Car: Lamborghini Huracan for Less Than You ImagineThe Best Destinations for Easter HolidayHow to Travel for Super BowlHow to Avoid Additional Driver FeesHow to Find a Car Rental Near Me and Get the Best DealPort of MiamiCar Rental Deposit and Debit Card PolicyHow to Rent a Car Avoiding Under 25 Fee (for USA)How to Rent a Car Avoiding Under 25 Fee (for Europe and UK)Car Rental 101Car Rental Tips from CarlaRental Cars for Any BudgetAdvantages of Renting a Car
Download Carla to get car rental deals